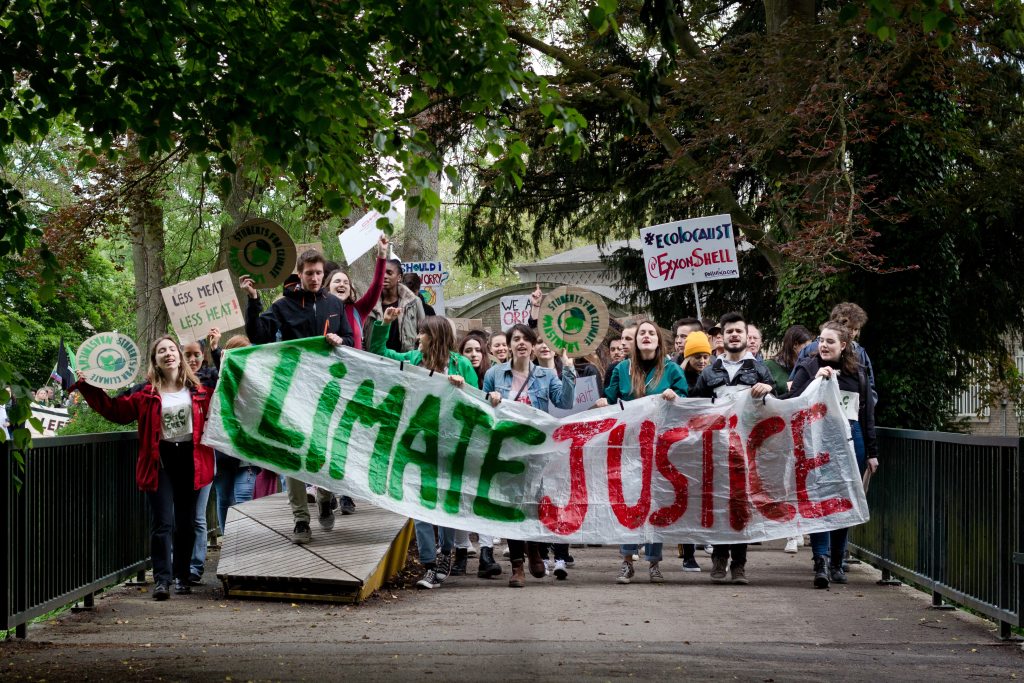 Arrestee support is one of the many functions carried out by Regen groups. Following the hundreds of arrests during the April protests, this role is all the more important.

In April 2019, Extinction Rebellion (XR) staged a number of protests in London, causing mass disruption to draw attention to the climate emergency. The authorities responded by arresting many of the protestors who, following calls from XR Central to plug the justice system, were led or carried away by the police.

A role for Regen

Wellbeing and Regenerative Culture (‘Regen’ for short) is one of XR’s vital working groups. According to XR Central, a ‘regenerative culture’ is developed through deep caring with the aim of fixing our toxic systems and hierarchies. Arrestee support is one of the many functions carried out by Regen groups. Following the hundreds of arrests during the April protests, this role is all the more important.

XR’s split from Green and Black Cross, an independent organisation that supports socio-environmental struggles in the UK, has placed even more pressure on Regen working groups across the country. In the build up to the Northern Rebellion at the end of the month, XRYork’s Regen working group is creating structured support for arrestees before, during, and after arrestable actions.

“We’re all quite new to this,” explains Molly Griffith-Jones, who heads up XRYork’s Regen working group alongside Adam Myers and Heather Smith. “We’re trying to sort a way of structuring support. To build a real sustainable movement, we need mechanisms to address feelings of doubt and concerns.”

XRYork’s Regen working group is currently in the process of building a database of York’s conscientious protectors. These are people who have either already been arrested, or who are willing to be arrested at future actions. Once submitting their details, each person in the database could access regular active listening sessions from an assigned contact.

“You can’t have an organisation where there is pressure for people to be arrested and engage in arrestable actions without having a framework for meeting their emotional needs,” says Molly.

This, she explains, starts well before the action, with a careful consideration of the reasons that someone is putting themselves forward.

“One of the things we want to do is, a few days before a big action, hold active listening sessions. Adam and I have done Simple Emotional Debrief training so we can try to create a non-judgemental space where people can talk through how they’re feeling. There is a danger that emotions can be overshadowed by the immediate gratification of doing a good thing.”

Another important part of preparing for arrestable action is to make sure people are aware of their rights. Knowing what to expect can reduce the trauma and stress of police intervention. For example, when in the cell, arrestees can request a book, have the lights turned out, ask for extra blankets, and are entitled to food.

“I think it’s absolutely crucial that people know what their rights are before they engage in arrestable actions. People need to be supported and it would be highly unethical if we didn’t have these networks in place,” says Molly.

During arrestable actions, Regen working groups allocate a number of different roles. De-escalator and Non-Violent Communicators are concerned with the safety of participants. First Aiders are on hand to help with injuries and emergencies. Wellbeing Supporters keep energy levels high and monitor physical and emotional wellbeing. Arrestees Supporters wait for arrestees at police stations and provide hot drinks, snacks, and emotional support. At larger events, Wellbeing Hubs may be set up for workshops and as a general restorative space. Generally speaking, though, wellbeing should be at the forefront of everyone’s minds.

So, what about after someone is arrested? The experience can be challenging in itself, but then there is the hearing to get to… And get through.

“XR Central has a cohort of trained councillors, therapists and practitioners who offer free online sessions. It has funds set aside for everyone who has to travel to a court hearing in London, and ha a network of XR members who can offer accommodation,” Molly explains. “XR Central also have logistical supporters who contact people who have been arrested and offer them a way to explore their feelings. They can also signpost to further support, like XR Legal.”

The onus, though, should also be on local groups. At XRYork, the Regen working group is in the process of setting up a local fund to provide money for unexpected or additional costs. Regen is also encouraging XRYork members to be physically present at hearings, travelling with arrestees and supporting them as much as possible. While XRYork is focused on arrestees from York, arrestees and potential arrestees don’t necessarily need to attend face-to-face meetings. Going forward, XRYork’s Regen working group also wants to set up platforms for remote advice and listening.

“At the end of the day,” says Molly, “It’s about trying to make sure, in so far as we can, that arrestees are supported as holistically as possible on all fronts – materially, logistically, and emotionally.”

Breaking down the stigma

By providing as much help and support as possible to current and future arrestees, XR is breaking down the stigma that so often comes with arrests and convictions.

“Ideally, if someone puts themselves forward for arrest, they have thought through the physical and psychological ramifications and do it because they genuinely want to and are happy with that choice. It shouldn’t be jaded with doubt. It’s impossible to get rid of that entirely, but I’d hope that in 10 or 15 years they would reflect back and not regret it.”

In Molly’s words, XR’s arrestee support is helping to shift the perimeters of the Overton Window, which is a way of defining what’s acceptable in public discourse. In other words, being arrested is now less taboo, especially for the climate conscious. If conscientious protectors are better supported before, during, and after their arrests, more people will feel able and willing to get arrested. This is good for the wellbeing of arrestees, and also serves the strategic aims of the movement as a whole.

“If I were to step out of my role as Regen coordinator and get arrested, I’d be confident that I would be supported,” says Molly. “Part of it is because I have built relationships with people in our group who I trust.”

Molly Griffith-Jones speaking at Demand A Future in June

XR’s call for mass arrests has changed the way that many people within the movement think about getting locked up, so much so that becoming a conscientious protector is almost a badge of honour. As such, Regen working groups have to be careful that their arrestees are fully aware and fully prepared for what is fundamentally an unpleasant experience that could have serious consequences.

“There is a status symbol attached to being a conscientious objector. It’s a motif we have to be very careful with,” says Molly. “I never want someone to get themselves into an arrestable position and think they were manipulated or that they weren’t properly supported.”

While XR chapters aim to be friendly, accommodating, and welcoming, it’s important to be aware that particularly militant individuals may not consider the human cost of arrestable actions… Both on a personal level and when it comes to others.

Due to the movement’s rapid growth, there are further challenges surrounding XR’s capacity to provide adequate support mechanisms. This is evidenced by the break with Green and Black Cross, as well as issues with people who want to be arrested but have to consider the impact on their jobs, visas, or families. The inability to become an arrestee should not alienate people from XR, or cause unnecessary anxiety. As well as looking after current and future arrestees, XRYork’s Regen group is creating a considerate chapter where all members are equally valued and trusted.

Fostering a relationship of trust

As more Regen groups around the country form their own structured arrestee support systems, XR Central will be able to decentralise wellbeing and give local branches more responsibility. If arrestees can trust their chapters to meet their logistical, emotional, and material needs, XR Central can trust them too. The result? A stronger and healthier movement.

“It’s a process that involves taking a set of actions, making decisions to take to those actions, seeing how that churns out, reflecting on it, and learning from it,” says Molly. “There are always things we can do better… But the important thing is that we always want to do better.”

If you, or someone you know, has been arrested, please contact our Wellbeing and Regenerative Culture co-ordinators at regen.xryork@gmail.com.

< Friends of the Earth: The Most Powerful Thing We Can Do To Solve The Climate Emergency Hokusai Says by Roger Stuart Keyes >