Friends of the Earth: The Most Powerful Thing We Can Do To Solve The Climate Emergency 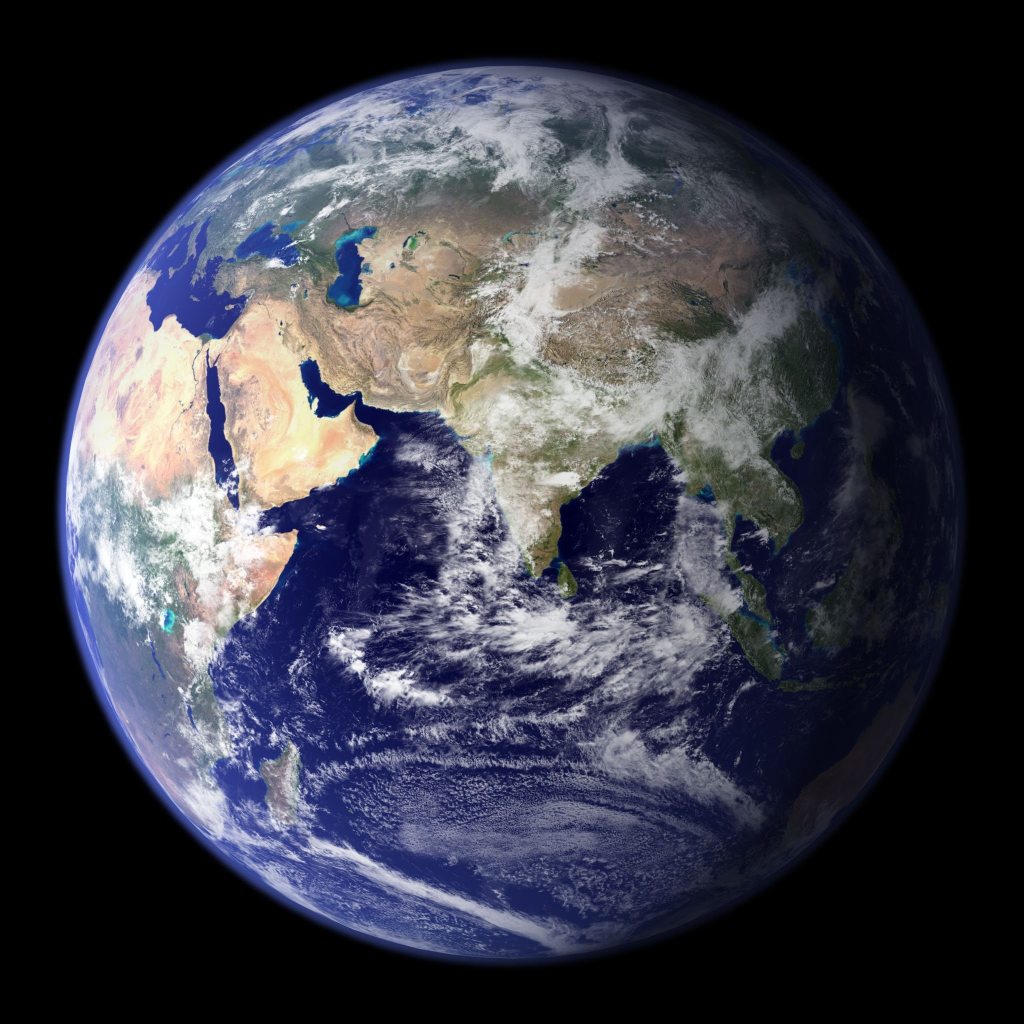 At Friends of the Earth, we’re calling on the UK government to urgently adopt a Climate Action Plan to rapidly cut greenhouse gas emissions and build a greener and fairer society for everyone.

The Paris Agreement, signed by the vast majority of countries around the world, commits to maintain global temperature rises to as near to 1.5 degrees as possible.

The consequences of even a two degree rise are severe. Within their lifetime, the 1800 childreni born in York last year will witness the following:

• In the UK, they are likely to see more intense and regular flooding, more deaths from heatwaves and more wildfires like those affecting Marsden Moor and Saddleworth over the last year. ii Yet the plans developed by individual countries are pushing us to much closer to three degrees and higher. iii

It’s the biggest threat to our very existence and to much of the natural world we’ve ever seen.

The window of opportunity to act and stave off all but the worst impacts of climate change, is closing and what we do in the next few years is crucial.

We still have time to act, and we know what the solutions look like – but our leaders are letting us down… filling the skies with more planes, backing fracking in the UK and funding oil and gas projects abroad.

What needs to be done?

At Friends of the Earth, we’re calling on the UK government to urgently adopt a Climate Action Plan to rapidly cut greenhouse gas emissions and build a greener and fairer society for everyone.

This plan asks that by the end of 2020, the government commits to act on the following six areas:

Transport: Stop the sale of petrol and diesel cars by 2030 and invest in brilliant and free public transport (which will also tackle the air pollution crisis that affects our health). Research carried out for Friends of the Earth shows that that the Department for Transport has gone rogue on climate change by deliberately sidelining the issue. Because of this, the UK will breach its carbon budgets unless they introduce radical new approaches to air and surface transport.iv

Power: In a climate emergency, we would not be developing new forms of fossil fuels by fracking nor would be opening new opencast coal mines in Durham and Northumberland. We would instead be encouraging clean renewable energy systems creating many thousands of skilled jobs in the process.

Buildings: In a climate emergency, we would be ending the misery of cold, expensive-to-heat homes by funding a massive insulation scheme and shift to eco-friendly heating vastly improving the quality of life for the 7500v households in York currently living in fuel poverty. We would also free up the council to demand high levels of energy efficiency on the 11000vi homes projected to be built in York over the next 15 years.

Agriculture and Land Use: Stop using our land in harmful ways like for intensive farming and instead double tree cover and let wildlife thrive. Doubling tree cover by 2045 would not just soak up around 10% of the UK’s greenhouse gas emissions but it would reduce our risk of flooding by slowing the flow of floodwater and stop it inundating our cities.

Infrastructure: In a climate emergency, we would not be giving the go-ahead for a third runway at Heathrow or building a new and destructive link road to Leeds Bradford Airport. We wouldn’t be building new roads and widening existing ones such as the A64 to make space for more cars, vans and lorries. Instead, we’d be redesigning our cities, towns and villages to make them more sustainable and less car dependent.

International Justice: Stop funding fossil fuels globally and instead for the UK to pay its fair share to support more vulnerable countries to cut carbon pollution and deal with the impacts of climate change. As the UK has been one of the biggest historical emitters of greenhouse gas emissions, our government has a responsibility to provide finance and support to countries who have done least to cause climate change but are dealing with its sharpest impacts.

We can start by the North Yorkshire and York local authority pension fund divesting the £175mvii they’ve invested in fossil fuels and putting the money into low carbon opportunities. Fighting climate change isn’t solely about cutting carbon emissions but building a fairer and more just world in the process.

In short – this Climate Action Plan should rapidly cut greenhouse gas emissions, do our bit to limit global warming to 1.5 degrees and build a fairer more equitable world in the process.

It’s great that these solutions are within reach, however the government is failing to act and will not do so unless we force their hand. Climate change is a global problem with local solutions. Communities around the UK are taking the lead where our government isn’t.

What needs to happen locally?

Our local authorities have huge opportunities to take the initiative to put in some of the key measures necessary to tackle climate change. Friends of the Earth’s recent research, developed with the help of council officers working at the coalface (sorry!) identified 33 of these key measures. We’ve also identified the policy changes that central Government can take to enable local councils to do more.

Secondly, they should work with partners and communities to develop robust carbon reduction pathways with clear actions for tackling climate change across all sectors. Thirdly, they should use the funding opportunities currently available and join with Friends of the Earth in calling for extended funding and powers from central Government. 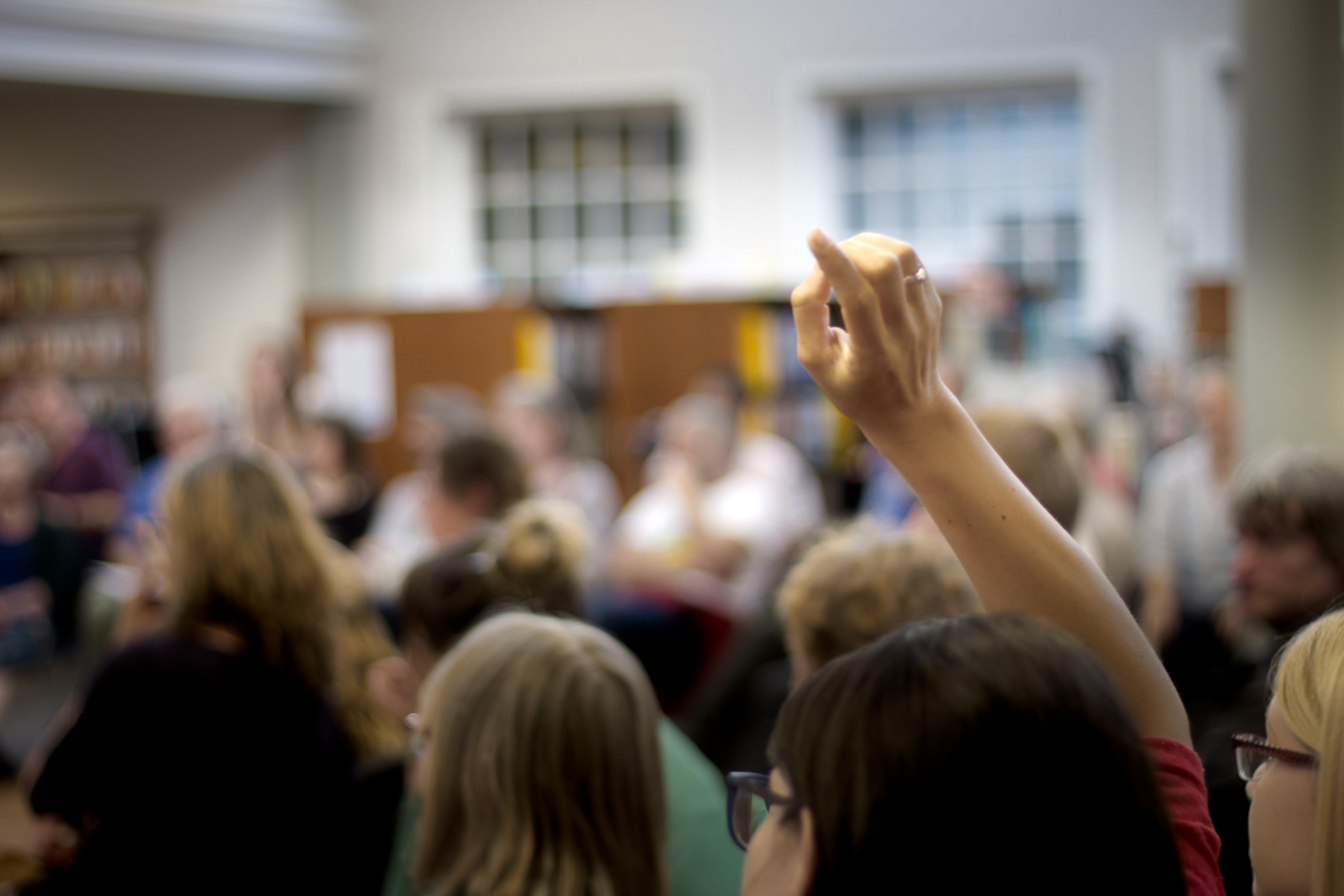 The most powerful thing we can do to solve the climate emergency is to join in, working together locally to make change happen.

I had the pleasure of being asked to speak at the recent Demand a Future event in York, organised by XR York. It was truly inspirational to see so many people from across the city come together to creatively develop the solutions to climate change.

By co-creating a clear vision for York, we will not only start to demonstrate leadership by building the better future we need, but we can harness the energy and capabilities within our communities to provide people with hope rather than despair.

We can also build links between communities to ensure that we’re learning from each other. No one individual or community can solve climate change but village by village, town by town, city by city we can create change on the ground and build the political imperative at a national and international level too.

Climate Action Groups – how you can be involved

Friends of the Earth is supporting a network of solutions-focused Climate Action Groups across the country, bringing people together from all parts of society united by their desire to stop climate change. We’ll work in harmony with existing and emerging groups to create that positive change.

These groups will develop plans for their communities to tackle climate change. This will involve working with a mix of councils, local businesses and existing community and campaigning groups, and encouraging local decision makers to agree plans for fairer, greener communities.

Crucially, climate action groups will come together at key moments to put pressure on the Government to the urgent national action. Because we have to mobilise our collective power and give the Government no choice but to listen. As the Demand a Future event clearly demonstrated, most important of all is to kickstart the conversation in your community.

Simon Bowens, Regional Campaign Coordinator at Friends of the Earth

< Poem: Black as the Ace of Spades by Sarah-Jayne Mackenzie Arrestee Support At XRYork >