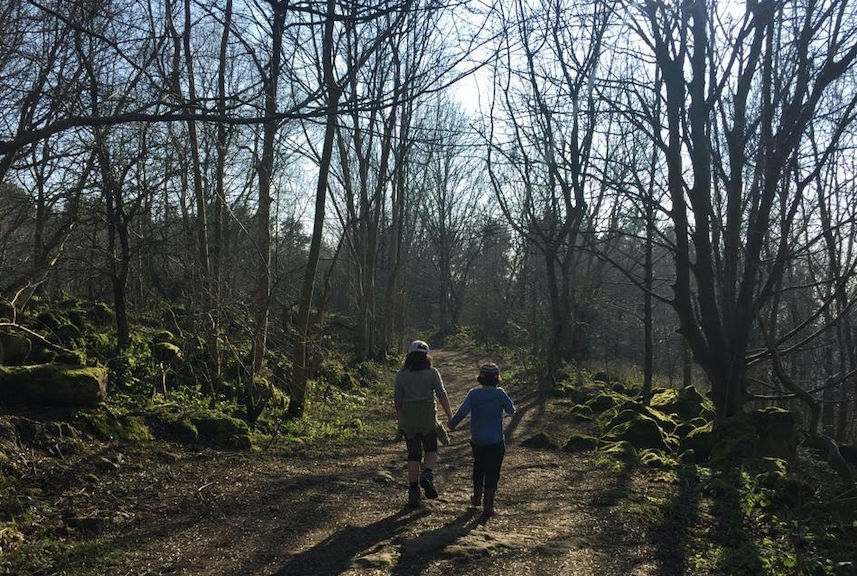 Keira Relton talks first hand about the challenge of raising children as a climate activist.

I am distracted as I bring out a birthday cake, candles alight, and my husband and I start to sing happy birthday along with my nine year old daughter, to our now eight year old son.

My son is perceptive and afterwards, looks me straight in the eye and asks, “Mummy, are you ok?”
I fight back the emotions and put on the biggest smile I can muster.
“Of course sweetheart!”
Then I distract us both from the truth by commenting on his new Lego creation. 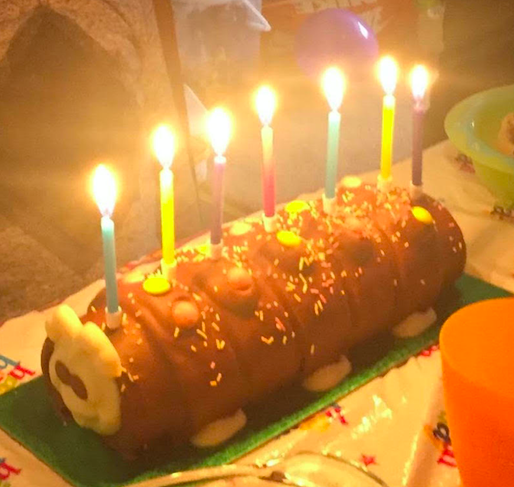 After the remnants of the relatively modest birthday celebrations are cleared up and I finally get a chance to sit down, I feel a little nauseous. But it’s not from eating too much cake, it’s because actually, I’m not ok. I have this deep sense of guilt in the pit of my stomach. From the moment my first child was conceived, I felt it. “What sort of world are we bringing this child into? What will their life be like when I am dead and gone? What gives me the right to bring yet another person into this overcrowded world?” are questions I asked myself many times. And now, 10 years on, I feel sick that yet another year has gone by and still the empty promises of tackling climate change have not amounted to anything of significance.

We are already seeing the effects of inaction on climate change and yet world leaders ramble on as though we have all the time in the world. I’m frightened for my children’s future. This, along with the consequences felt by others around the globe, is what motivates me to be a climate activist. But it’s really hard to stay present with your children sometimes when you’re trying desperately to save humanity from causing its own demise. Their little worries, squabbles, and fusses seem to pale into insignificance when faced with such a huge task.

I sometimes have to stop myself from shouting “don’t you understand? It doesn’t matter! What matters is that your future is looking bleaker by the day and nobody seems to care!” But of course I don’t. Because how could they possibly comprehend the enormity of the problem that faces us? I try to help them understand, and in small ways they are showing signs of appreciating the impact we all have on the earth. My daughter keeps asking for vegetarian alternatives to her usual food and, even though she is afraid of the dark, will make every effort to turn lights out when they’re not needed.

Moments like this make me proud and give me hope. But I can only explain what’s going on to a point. I don’t want to frighten them. They will most likely spend the majority of their adult lives with the weight of the world on their shoulders so I often find myself dumbing down the facts to protect them from the truth while they are still able to be care free. When I am honest, I try to balance the facts with some positive actions we can take, to help soften the blow. I want to give them as happy and well-rounded an upbringing as possible, but that means that the choices we make are sometimes not as environmentally ethical as they could be, and that adds a great deal more guilt as I wonder what I will say when my children, all grown up, ask me: “What did you do to try to stop ecological breakdown and the collapse of human civilisation?”

My husband and I have always done our bit environmentally but being working parents and activists at the same time is even harder. Every time I campaign in some way, be it a school strike, a letter to my MP, an online petition, a donation to a good cause, this alleviates a tiny bit of guilt, but only momentarily, because ultimately it’s always there, looming over me like a big dark elephant in the room. And that, I guess, is the crux of it. I am lucky enough to have a very supportive husband who frees up time for me to be an activist, but there is only so much we as individuals can do.

I’m also very aware that not every parent has the luxury of being able to worry about the climate crisis. I know single parents who are struggling simply to keep a roof over their heads and food in the cupboards. Their worries are immediate and supersede any thoughts about the future or what’s happening in other places around the world. And though it could easily be argued that the climate crisis has contributed to their predicament, I feel guilty about asking them to care because they are struggling just to survive on a daily basis.

Moreover, having no car and never taking flights, they are likely some of the least polluting people on the planet. And then, just when I fear that we are set on a spiralling path of no return, Extinction Rebellion show up, giving people hope. They recognise that this crisis is now beyond what we can do individually. They understand that we need governments to make laws and take action to make it easier for everyone to be kind to the earth and much, much harder to be unkind to it, because we just can’t do this alone. For years we’ve been patient, hopeful, and trusting. Where has that got us? 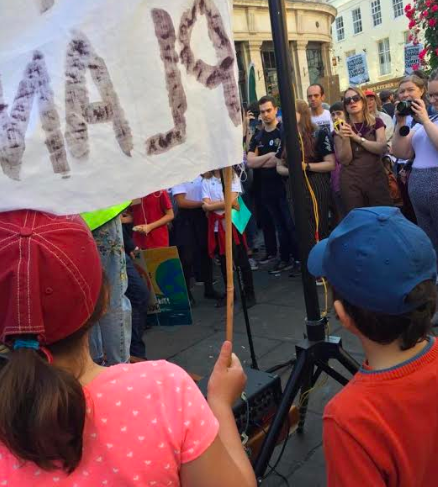 It’s got us the biggest extinction rate since the dinosaurs, with around 200 species of plant, insect, bird and mammal becoming extinct every single day, according to the UN Environment Programme. The United Nations estimates that it’s got us roughly 25 million climate refugees so far. It’s got us a very real threat to future food and water security and to security in general. The list goes on. Extinction Rebellion recognises that we are unfortunately now at a stage where only civil disobedience and non-violent direct action stands a chance of forcing governments to listen and act quickly enough to prevent a climate catastrophe. They are the Suffragettes of our time and they are fighting an internal world war. Currently my choice is not to get arrested (bearing in mind that I work in a school and could lose my job). But when my children are less reliant on me to feed them, clothe them and keep a roof over their heads maybe my choices will be different.

Yes, Extinction Rebellion are disruptive, yes, they are demanding, and yes, people may think they are inconvenient. But next time you hear Extinction Rebellion are causing a disturbance, ask yourself this question: “If the Suffragettes or the Civil Rights movement hadn’t taken activism to the next level, what would our world be like today?” And when you put it like that, can anyone who truly cares about the future of their children, about all living creatures and about humanity itself, whose voice is simply not being heard, really say they wouldn’t do the same?