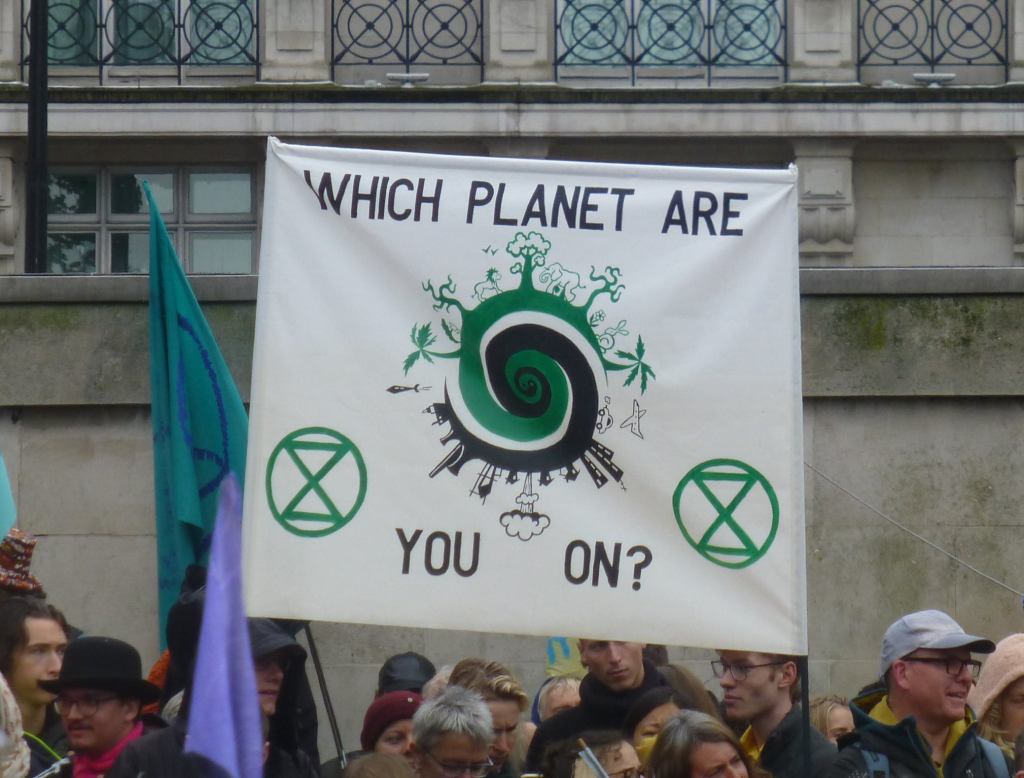 Catherine Love shares her experience of the ongoing International Rebellion, and draws attention to the many crucial roles that take place behind the scenes.

What do you think of when you see the words Extinction Rebellion? I’m willing to bet that most readers will immediately conjure images of people sitting in the road in front of lines of police, or protestors being carried away by high-vis-clad officers.

Mass arrests are a central plank of XR’s strategy. As I write, over 1,300 people have been arrested in London as part of the ongoing International Rebellion, including eight brave rebels from XR York. Inspired by the success of past movements, XR is using non-violent direct action as a way of disrupting business as usual and exposing our broken political system.

But it’s not all about getting arrested. Naturally, headlines tend to focus on the number of people filling up police cells – it’s attention grabbing. Behind the scenes, though, there are many other crucial roles to be filled, from arrestee support to wellbeing to feeding the rebellion. And if we want to build the movement, we also need to have people on the streets talking to passersby, explaining what we are doing and why we are doing it.

During my few days at the International Rebellion last week, I tried to have as many of those conversations with the public as possible. I manned the welcome tent during a busy, buzzing Thursday night in Trafalgar Square; I handed out countless flyers to tourists, shoppers and commuters; and I took a massive ream of XR stickers with me on Saturday’s grief march, distributing the Extinction symbol to hundreds of supportive onlookers.

The Red Rebels join the Death March at International Rebellion

There was, unsurprisingly, a small but loud minority of naysayers. Especially when occupying a road block near Liverpool Street Station during rush hour, I was on the receiving end of a fair few insults from angry commuters (“extinct yourself!” was my personal favourite). If you’re going to step forward as a representative of the rebellion, you’ve got to have a pretty thick skin.

But many, many more of the people that I encountered are on our side. There were countless smiles, thank yous and thumbs up. There was the man who came to the welcome tent wanting to offer his expertise on green economics. There was the group of enthusiastic teenagers who ran up to me on Oxford Street and asked how they could get involved. There was the toddler by the side of the road learning how to join in with XR’s songs and chants. There were the inconvenienced drivers who proudly displayed the XR stickers I handed them, able to see the bigger picture. And there were all the people who swelled the ranks of the grief march, taking it up to an estimated 30,000 marchers.

There are still lots more members of the public to win around. But popular opinion is shifting. In the space of just a year, XR has pushed the climate and ecological emergency to the top of the public agenda, with most people now agreeing that we need to take urgent action. Of course we must celebrate the extraordinary number of people willing to be arrested in the name of this cause. But as well as that remarkable figure of 1,300+, there’s another number we should be focused on: the number of people we can engage with and get on our side.

< Parenting and Activism Why I Was Arrested >