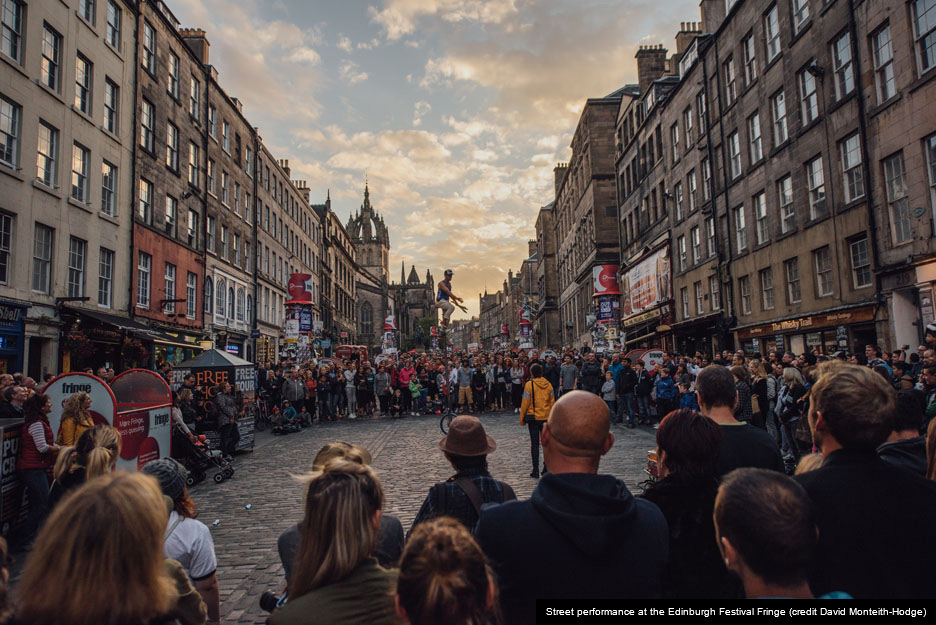 Freelance arts journalist Catherine Love gives her take on some of the hard hitting, environmentally conscious performances at this year’s Edinburgh Fringe.

Climate crisis is everywhere at this year’s Edinburgh Fringe Festival. Even in shows that aren’t specifically about environmental issues, it’s often lurking in the background. The sudden omnipresence of climate breakdown as a theme is striking, indicating how the urgency of this crisis has finally broken into the public consciousness. It’s also exciting to see XR popping up across the festival – in a residency at Summerhall, on stickers all over the city, and in direct mentions in several shows.

If the system change that we need is going to come about, then culture needs to play a large part in this transformation. XR’s activism has been creative from the start, understanding the importance of the arts in capturing people’s imaginations. But the movement could still stand to learn from the successes – and failures – of artistic attempts to address climate crisis.

Sea Sick, a performance lecture by Canadian journalist Alanna Mitchell about the impact of carbon emissions on the world’s oceans, is a lesson in how to communicate complex science with clarity and emotional impact. The show is simple in its staging, but it benefits hugely from Mitchell’s skill as a storyteller. The most thrilling idea in Sea Sick is Mitchell’s concept of radical forgiveness. Her discussion of climate grief feels all too familiar, but this idea of forgiving ourselves and the species as a whole – without letting anyone off the hook – is new to me. It’s not about excusing the biggest polluters, but about staring loss and guilt in the face and allowing ourselves to collectively move on. 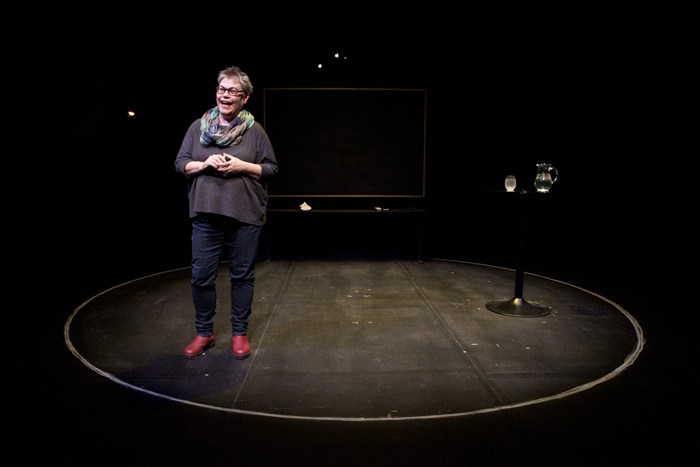 New plays The Voices We Hear and When the Birds Come both provide a glimpse of what a catastrophic future might look like, with mixed results. The Voices We Hear, devised and directed by Oli Savage and Louis Catliff, is set in the wake of an unspecified climate apocalypse, which has killed all but a few human beings. In this wasteland, two survivors find a fleeting moment of connection over a set of walkie talkies. The play never tells us exactly what has happened, or what disastrous inaction led to the near extinction of humanity, but in this case less is more. While it may offer a pessimistic view of our ability to mitigate climate crisis, The Voices We Hear makes a case for the possibility of human compassion, resilience and community in even the most extreme of circumstances.

The dramatic action of When the Birds Come mostly takes place in the recent past, but it also looks ahead to the near future. Tallulah Brown’s play focuses on a brother and sister living in a remote Alaskan village, on the frontline of climate crisis. For too long, climate change has been talked about as a future problem, so it’s great to see a show looking at the ways it is already impacting millions of people around the world. And given recent headlines, the melting of the permafrost is a timely focus. But when the play leaps forwards to 2026, it struggles to find a dramatic way of conveying the world that we are bestowing on future generations. Instead of showing us what this melting, flooding reality might feel like, the play relies on its two characters clumsily telling each other what has happened in the last few years. It’s all exposition, no drama.

It can be hard to conceptualise climate change, which makes it a tough topic for theatre to get to grips with. The climate is massive and complex and there are so many different variables to take in. But we can all grasp weather and its effects on our lives. That’s what makes Pathetic Fallacy, Anita Rochon’s new show, an effective sideways approach to climate crisis. Dancing between lots of different ideas, the show explores humans’ relationship with the elements, from weather gods to storm names. Interestingly, the show also has a new guest performer each day, removing the need for Rochon to embark on a carbon-heavy tour. It’s a small gesture, but creative thinking like this is needed for the arts to reduce its own impact on the environment.

Of the eco-shows I sampled at this year’s festival, Belgian theatre company Ontroerend Goed’s Are we not drawn onward to new erA is by far the most memorable. The show, like its title, is palindromic: it’s made to be viewed both forwards and backwards. We see symbolic acts of environmental destruction – the stripping of a tree, an invasion of plastic bags – before watching them played back in reverse. The show questions the apparent “progress” of human developments that destroy the natural world, as well as suggesting the monumental task we face if we want to turn back the clock and restore the landscapes we have ravaged. The show is not without hope, but it’s also tinged with loss and despair, offering an ambivalent vision of the future. Which direction will we choose to take?

Of course, the festival has its own sizeable environmental footprint, which it would be irresponsible to ignore. For the length of August, the streets are paved with flyers and bins overflow with single-use plastic. That’s not to mention the travel emissions of artists and audiences coming to Edinburgh from all over the world. But I’m encouraged by initiatives like the Greenhouse (where I saw The Voices We Hear), a zero-waste and almost-zero-energy venue made from recycled materials.

The theatre company behind the venue, Boxed In, are walking the walk as well as talking the talk. This year’s festival also saw the launch of the Staging Change network, a group of theatre-makers working together to make the industry more environmentally sustainable. If the arts really want to tackle climate crisis, then the focus needs to be on transforming how culture is made as well as how it can reach out to audiences.

< The Struggle For Sustainable Housing The Wind in their Sails: XR and Young People >